A tenor horn, a bicycle … a bistro! Stijn Berbé, a soloist with the Brass Band Willebroek, is a waiter, a highly-skilled cyclist but, more than all, a musician. An artist full of sensitivity which admirably suits the mellow nature of his instrument: the Eb tenor horn. 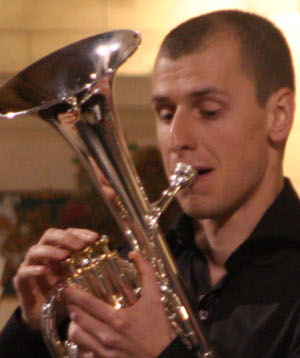 Although French brass bands are often proud to represent the region in which they were born, they do not tend to develop any kind of parochialism and, on the contrary, are always prepared to present musicians from the best European ensembles.

It is in this way that the Brass Band Normandie, on the initiative of its director of music Philippe Gervais, enabled the members of the public at the Couleurs Cuivres festival to discover Stijn Berbé, a young Belgian soloist who comes from the ranks of the very prestigious Brass Band Willebroek. [1]

As soon as he appears, you cannot help liking this tall and slender young man. His disarming smile and the melancholic charm of his interpretation of Demelza [2] on the Eb tenor horn are a sure and certain hit with the audience.

After the concert, a conversation with surrealistic accents that our Belgian friends would not disown, is struck up in a mixture of French, Flemish and English. 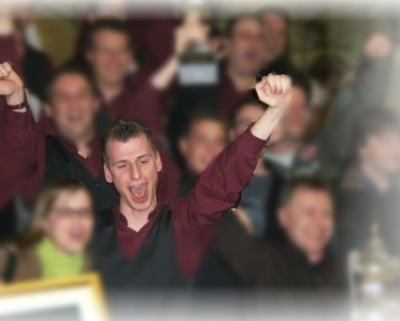 In this way, we learn among other things that Stijn started with the trumpet and cornet before following the advice of his professor at the Académie de Musique in Anderlecht, Bart Van Neyghem, and turning to the tenor horn, and that he took on the running of a bar/theatre [>http://www.defoyervantarsenaal.be/] with one of his good friends and that he felt no remorse for putting his instrument away for two months in the summer while he cycled around Belgium, and that he loves the festive ambiance in the Willebroek and... furthermore... that the band’s female percussionist is very dear to his heart…

He confides all these details with such simplicity and ease. We wonder about the predominant place of the Brass Band Willebroek in international competitions. [3] How do they do it? Are the Belgians really ‘the finest’ as Julius Caesar once said?

The band is confronted with the same difficulties as a good number of French ensembles: the professionals are often required for their concerts and associated trips and the amateurs have to find the time and energy over and above their usual occupations to devote themselves to their passion. 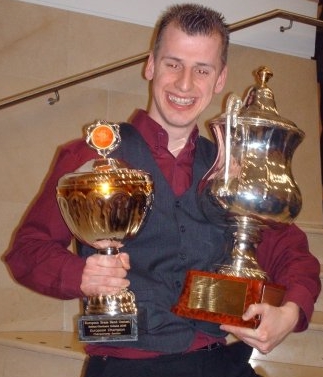 As a result, the musicians of the Willebroek get organised. A fortnight before and important competition, they manage to plan two mini-rehearsals per section, two for the smaller instruments and two for the larger ones and not less than five to eight full rehearsals. As there are only twenty-four hours in a day, they do not hesitate to meet between six and eight in the morning or between eleven at night and one in the morning. There is no doubt about it: there is no lack of desire, willpower, consistency or generosity! And this is what forms the framework for their talent. Stijn Berbé is a fine example of this. A big thank-you to Philippe Gervais and the Brass Band Normandie for having had the excellent idea of inviting this talented soloist who never misses an opportunity to remind us that virtuosity is nothing without determination, that work is always done better with good humour and that gentleness and humour are ideal partners for those who want to share happy musical moments together.

[1] The Brass Band Willebroek has been crowned 14 times champion in Belgium and won the European Brass Band Championship in 1993, 2006 and 2007.

[3] The Willebroek is classified as 9th in the world rankings by 4barsrest.com, the benchmark site of the brass band world.